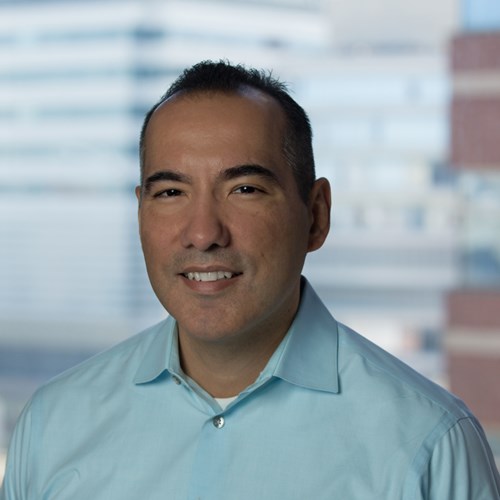 Benjamin A. Garcia obtained his BS in Chemistry at UC Davis in 2000, and then received his PhD in Chemistry in 2005 at the University of Virginia under Prof. Donald Hunt and then was an NIH NRSA Postdoctoral Fellow at the University of Illinois under Prof. Neil Kelleher from 2005-2008. From there Ben was appointed as an Assistant Professor in the Molecular Biology Department at Princeton University from 2008-2012, until his recruitment as the Presidential Associate Professor of Biochemistry and Biophysics at the University of Pennsylvania Perelman School of Medicine in 2012, promoted to full Professor in 2016, and named the John McCrea Dickson M.D. Presidential Professor in 2017. Ben moved in the summer of 2021 to the Washington University School of Medicine in St. Louis to become the Chair of the Department of Biochemistry and Molecular Biophysics. The Garcia lab has been developing and applying novel proteomic approaches and bioinformatics for interrogating protein modifications, especially those involved in epigenetic mechanisms such as histones during human disease, publishing over 350 publications. Ben has also been recognized with many honors and awards for his mass spectrometry research including The ASMS Biemann Medal and was named a Fellow of the Royal Society of Chemistry.